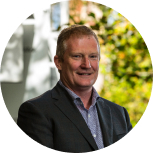 Darren is the CEO and Managing Director of Certa Therapeutics, bringing over 25 years of management and research expertise in the life sciences and biotech sector.

Concurrent to this role, Darren is the Executive Chair and Founder of OccuRx, Venture partner (Entrepreneur in Residence) with Brandon Capital, a Board Director at the Centre for Eye Research Australia (CERA) and the Director Biomedical Research in the Department of Medicine, St Vincent’s Hospital Melbourne where his research expertise lies in progressing pre-clinical novel interventions and developing experimental models of cardiovascular disease.

Darren has published over 200 manuscripts in the field of translational research and novel interventions, many of which have had a direct impact on human disease. In 2009, Darren was a recipient of the prestigious TJ Neale award for outstanding contribution to nephrology. In 2015 Darren joined the Medical Research Commercialisation Fund as Venture Partner.

Darren has a proven history in translational research. He was previously Founder, CEO and Director of Fibrotech Therapeutics, a company that developed orally active anti-fibrotic inhibitors to treat underlying pathological fibrosis in kidney and heart failure, which was ultimately acquired by Shire Plc for a record 75 million USD upfront including milestone payments up to 600 million USD.

Darren has a PhD in Translational Medicine from the University of Melbourne, and an Executive Diploma Business Administration. He is a current member of the Australian Institute of Company Directors and a Fellow of the American Society of Nephrology. 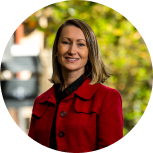 Ann’s expertise is in organisational and operational management having spent over 15 years in various management roles within the healthcare and biotech sector ranging from Not-For-Profit, University, and private enterprise positions.

As the Chief Operating Officer at Certa Therapeutics, Ann is responsible for managing the operational and governance activities of the Company, whilst contributing to the development and implementation of Company strategies, policies and practices.

Ann also directs the PR and communications strategy for Brandon Capital and Brandon Biocatalyst and holds a position with the University of Melbourne, managing commercial and contract research for the Department of Medicine, St Vincent’s Hospital.

Ann was the founding Chief Operating Officer for OccuRx and earlier, Operations Manager for Fibrotech Therapeutics, prior to the successful acquisition of the Company by Shire in 2014. 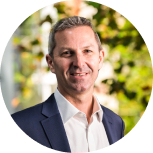 Having worked in a range of therapeutic areas, this development and commercialisation expertise includes a range of products and technologies, with broad multinational experience from time working in Australia, USA, Europe and Asia Pacific.

Gareth’s pharmaceutical career started with AstraZeneca in the UK and Sweden, before moving to the Australian biotech sector. After gaining additional experience with generic injectable products at Hospira, he moved to Mayne Pharma, undertaking successive commercial leadership roles with increasing executive responsibilities in Australia and the USA.

As the Chief Commercial Officer at Certa Therapeutics, Gareth is responsible for the strategic development and commercialisation of the company’s drug candidate assets as well as leading all Corporate and Business Development activities. 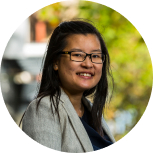 Fay brings to Certa Therapeutics over 13 years of medical research training and expertise in the preclinical testing of novel pharmaceutical interventions in cardiovascular disease, focusing on inflammation and fibrosis in disease progression.

Fay is also a Project Manager at the University of Melbourne Biomedical Translational Research Group, Department of Medicine (St Vincent’s), where she oversees the commercial and collaborative research programs in the laboratory.

Prior to this, Fay worked with the team at Fibrotech Therapeutics, where she provided strategic research direction for the drug discovery and development programs. Fay also worked as an Investment Analyst with Brandon Capital Partners under the Medical Research Commercialisation Fund program, where she gained valuable experience in evaluating the commercial potential of health and life science innovations.

Fay has a first-class Honours degree in Pharmacology and Biotechnology and a PhD in Medicine from the University of Melbourne. 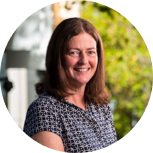 Lorna is a medicinal chemist with over 20 years international drug discovery experience. She is an inventor on over 40 patents and has been directly involved in the delivery of 10 drug candidates to the clinic.

She has experience across a range of therapeutic areas including oncology, CNS, dermatology, antivirals, inflammation, and inhalation.

Dr Mitchell has a PhD in organic chemistry from the University of Auckland and completed postdoctoral studies at the University of Rochester in New York. She spent the first 10 years of her industry career at Pfizer working at sites in both the USA and the UK. Following this big Pharma experience Lorna spent 7 years working in oncology focused biotech’s in Boston, including 4 years at Epizyme.

Lorna relocated to Australia in 2017 as VP of medicinal chemistry at Bionomics managing a portfolio of CNS projects prior to joining BioCurate at the end of 2018. In addition to her role as VP of Drug Discovery and Pharmacology with Certa Therapeutics Lorna is also employed as Director of Small Molecule Therapeutics at BioCurate and has a role as a medicinal chemistry advisor at Canthera Discovery. 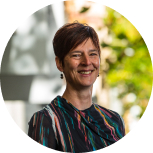 Nicole has over 25 years’ experience in the biotechnology and pharmaceutical industry, with over 20 years in the clinical research field.

Starting as a Clinical Trial Assistant and progressing through Clinical Research Associate, Project Manager and Operations Manager roles, she has worked with major pharmaceutical companies, Contract Research Organisations and medium to small biotechnology companies to implement and manage their clinical research programs and projects.  Nicole is responsible for ensuring delivery of high quality clinical trials at Certa Therapeutics. 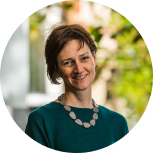 Amanda brings to Certa Therpeutics over 17 years of medical research expertise in the field of cardiovascular physiology with an emphasis on the pre-clinical evaluation of novel pharmaceutical interventions in cardiovascular disease.

After completing her PhD at Monash University, she undertook at post-doctoral position at AstraZeneca Pharmaceuticals in Sweden, as part of an NHMRC Industry Fellowship, working in early pre-clinical discovery, evaluating novel compounds for the treatment of diabetic cardiovascular complications – with a focus on regulation of vascular function, inflammation and fibrosis in disease progression.

Concurrent to her role with Certa, Amanda is a Senior Research Fellow at the University of Melbourne Biomedical Translational Research Group, Department of Medicine (St Vincent’s Hospital) where she manages the commercial and academic research in the laboratory. In addition, Amanda is the University of Melbourne Academic Co-ordinator for research training at the Eastern Hill Academic Precinct.

Amanda has a first-class Honours degree in Physiology and a PhD in Medicine from Monash University. 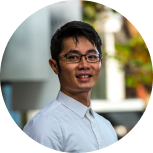 Roy brings with him expertise in receptor mechanics and pre-clinical testing of novel pharmaceutical compounds.  He specialises in using various in vitro and in vivo systems to characterise the behaviour of novel compounds and their respective receptors.

Prior to Certa Therapeutics, Roy worked with the team at Fibrotech Therapeutics and OccuRx, where he investigated the molecular workings of their novel compounds.  Roy is also a Research Fellow in the Medical Translational Research Group at the Department of Medicine, the University of Melbourne.

Roy has a PhD in Biochemistry and Molecular Biology and a first-class Honours degree in Biotechnology and Pharmacology from the University of Melbourne. 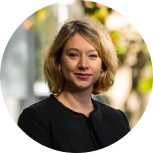 Kylie provides executive support to the management team and facilitates the execution of research and commercial contracts, working closely with collaborators, commercial entities and internal and external stakeholders to achieve project milestones.

Kylie has a Bachelor Degree in Arts and a Post Graduate Diploma in Education.